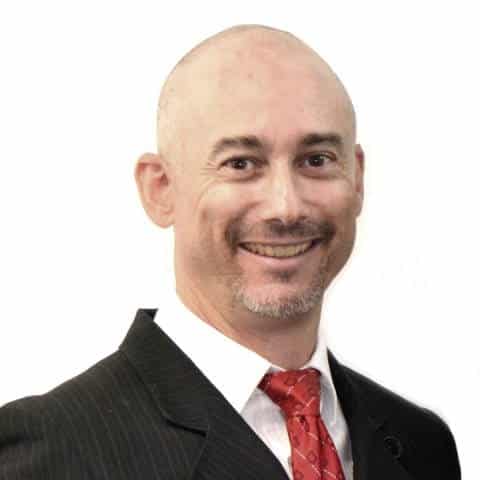 Dr Hope is a highly experienced Expert Witness. He has investigated more than 500 incidents over the last 22 years and prepared expert engineering evidence for the legal profession of Australia. This evidence has ranged from detailed failure analysis of major industrial accidents, machinery failure, including numerous engine failures, patent and copyright actions, motor vehicle accident investigation and re-construction and personal injury cases.

As well as providing expert reports for the Federal Court of Australia, Federal Circuit Court of Australia, Supreme Courts, Magistrates Courts, District Courts and the High Court of New Zealand, Dr Hope has appeared to give evidence in Supreme Courts, District Courts and Magistrates Courts in Australia. Matters for which Dr Hope has presented evidence to the Court in person include cases involving charges of manslaughter; dangerous operation of a motor vehicle causing death; and various civil matters.

Noteworthy cases include Parliament House, Canberra, where he inspected and analysed the cause of approximately one million dollars’ worth of accidental water damage to the Cabinet Room and the Prime Minister’s office, and a crane failure that led to the destruction of the crane and major damage to a mining dragline boom.

Dr Hope received his Bachelor of Mechanical Engineering degree in 1994, with First Class Honours from The University of Queensland, Australia. He completed a Ph.D. degree in the field of Mechanical Engineering in 1998, also from The University of Queensland. His postgraduate research examined layered manufacturing of large objects, and in particular techniques to improve speed and accuracy such as five-axis profiling of layer surfaces and adaptive slicing. The work was mainly computational, with particular emphasis on developing software to slice computer solid models and produce numerical code to control five axis machines to cut layers from sheet material.

Through his research, Raymond developed a keen interest in Rapid Prototyping and Layered Manufacturing, now more commonly referred to as 3D printing, and has developed contacts around the world. He has published four papers in journals and engineering conferences at the International level, and received an award for excellence for the most outstanding paper in the 1997 Rapid Prototyping Journal published by MCB University Press, UK.

Some career highlights of Dr Hope include the following:

In 2019 Dr Hope presented vital evidence in the Brisbane Supreme Court in a case where an excavator operator was charged with manslaughter, after a death on a work site. Dr Hope investigated the available evidence and was able to identify an excavator failure mode that was not identified by either Workplace Health and Safety or Police investigators. The client was found not guilty of all charges.

In 2018 and 2019 Dr Hope travelled to a copper mine in Kazakhstan to inspect, review and perform detailed design and analysis of equipment and plant improvements to enable a reduction in maintenance downtime plus improved safety for key plant equipment.

In 2016 Dr Hope worked on the planning and repair of a stainless steel lined concrete tank in Laos, SE Asia, which was leaking acid. The repair was performed during a 5-day total plant shutdown and was the most significant task to be undertaken, representing the critical path on the shutdown timeline. Dr Hope and his team were engaged to be lead contractors and perform the project engineering for the repair as well as the engineering design. During, and leading up to the shutdown Dr Hope was onsite to manage the operation and trouble shoot any issues that arose during the repair.

In 2012 Dr Hope presented vital evidence to the court in person on behalf of a client charged with dangerous operation of a motor vehicle causing death. Dr Hope showed how a truck parked on the side of the road obscuring a stop sign, and the pattern of shadows on the road surface around the line markings, greatly reduced the driver’s reaction times and significantly contributed to the incident. The client was found not guilty.

In 2012 Dr Hope and his team at e3k won four Engineering Excellence Awards from Engineers Australia. e3k won three awards in the Newcastle Division, New South Wales, including the GHD Overall Winner, and the UGL Innovation in Sustainable Engineering Award for engineering design and testing of the SeaUrchin marine power generator. e3k also went on to win a prestigious National Award at the 2012 ceremony held in Parliament House, Canberra. Dr Hope was on hand to receive these Awards on behalf of the Engineering Team he had led to achieve them.

In February 2014, Atlantis Resources Limited, a company grown from the technology developed by e3k in the years 2000 to 2004, was admitted to trade on the London Stock Exchange. The world-patented technology part-owned by Morgan Stanley, relates to underwater tidal renewable power generation turbines. Dr Hope proposed the concept for the turbine that was originally patented, and played a critical role in the development and testing of the initial prototype turbines based on that concept.

Dr Hope led his talented Engineering team on the development of the Internationally trademarked medical device named “Agilitas”. In 2013 this device, which was wholly developed by e3k over a period of five years, was launched for commercial sale by Bright Devices Pty Ltd, part of the Bright Devices Group. Agilitas is a “smart” visual cueing device designed to assist persons suffering primarily from ‘Freeze of Gait’ (FOG) associated with Parkinson’s Disease. An Australian Patent was awarded in 2012 and a US Patent in 2019.

In 2010, Gilmore Engineers received an Australian International “Design Award” from Good Design Australia, in the Business and Technology Category, for their contribution to the development of the FLAT hydraulic stabilising mechanism for use on any item with legs, skids or footings. Dr Hope was part of the team that developed the intellectual property in the initial design of this product. He also redesigned the prototype for cost effective and compact manufacturing processes in plastics. The product is now available for sale through outlets worldwide.

Dr Hope worked on an energy efficiency project for Leighton Contractors Pty Ltd as part of their green program. The project lead to a finalist nomination in the Queensland Division of the 2010 Engineering Excellence Awards.

Dr Hope performed optimisation and FEA analysis of a new mechanical fastening system known as “Joinlox”. This product went on to win “Invention of the Year” on the ABC Television “New Inventors” program in 2008. The technology was made commercially available by Joinlox Pty Ltd, supported by Xstrata Technology who signed a global licensing agreement in 2010.

Dr Hope worked on the development of a kayak foot pedal force sensor that was used for training feedback by the Queensland Academy of Sport leading up to the 2000 Olympic games in Sydney. The project also received a High Commendation in the Queensland Division of the 2001 Engineering Excellence Awards.